"Colour is a power which directly influences the soul" 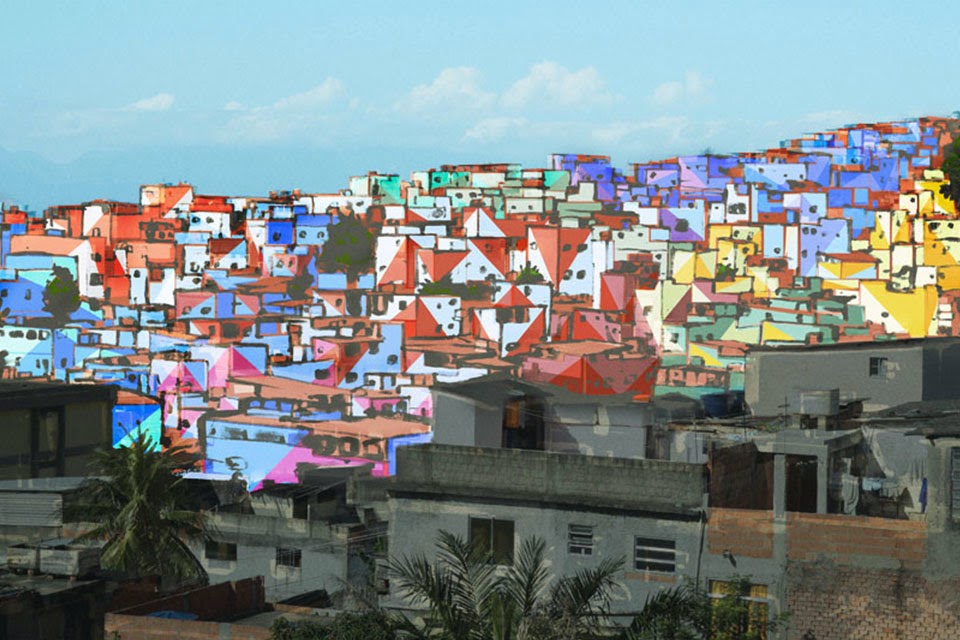 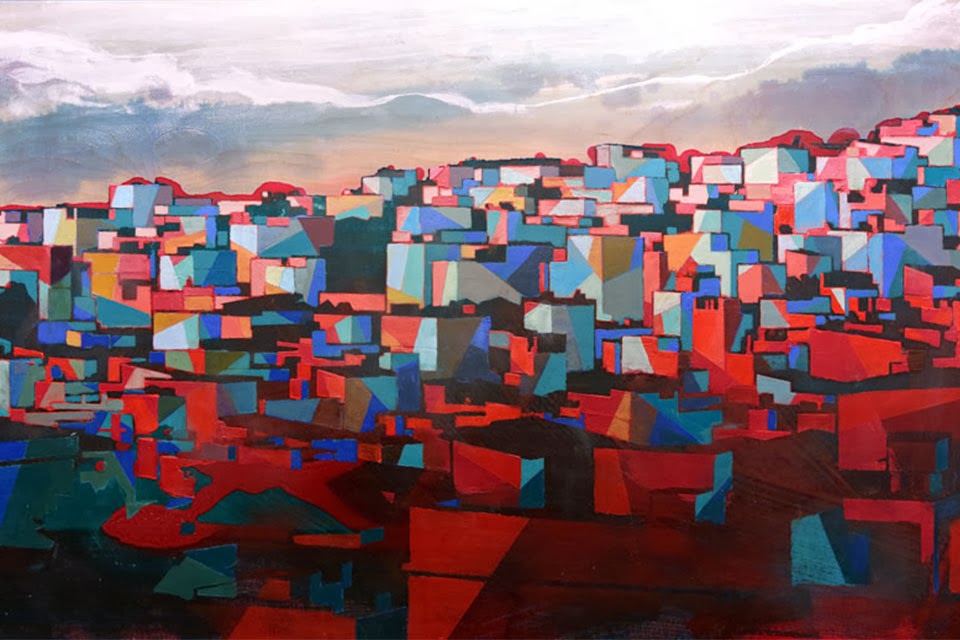 The Dutch art collective HAAS&HAHN, who founded the Favela Painting project, focus on turning public urban spaces in communities facing social difficulties into monumental works of art. They are embarking on their third project in Rio de Janerio’s favelas, the previous two of which were a huge success. In 2007 they completed a large-scale mural titled Boy With Kite, and in 2008 theRio Cruzeiro, which saw a Japanese Koi Carp design grace a stairway. The art of favela painting is not solely about cosmetically enhancing the area, but rejuvenating the space, educating the youth, and creating job opportunities for local residents for an overall positive effect on the community in the short as well long term. For more information on their worthwhile project, visit their Kickstarter page here.
From "Highsnobiety"

"The Favela Painting Foundation supports the creation of striking artworks in unexpected places. It collaborates with local people to use art as a tool to inspire, create beauty, combat prejudice and attract attention." It is based in Amsterdam, works independent, and operates in Rio de Janeiro with local representatives. 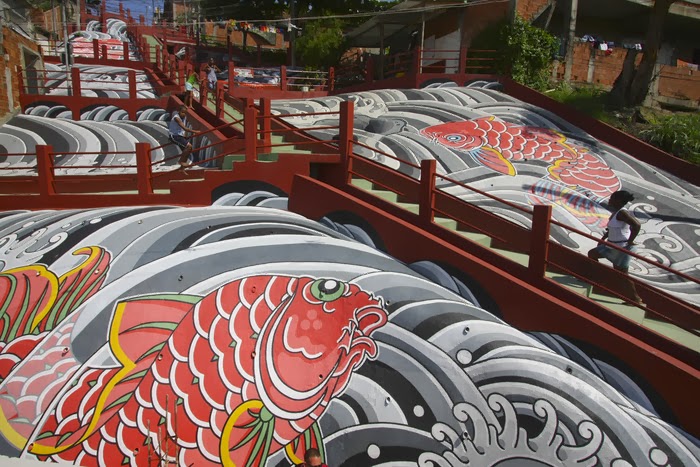 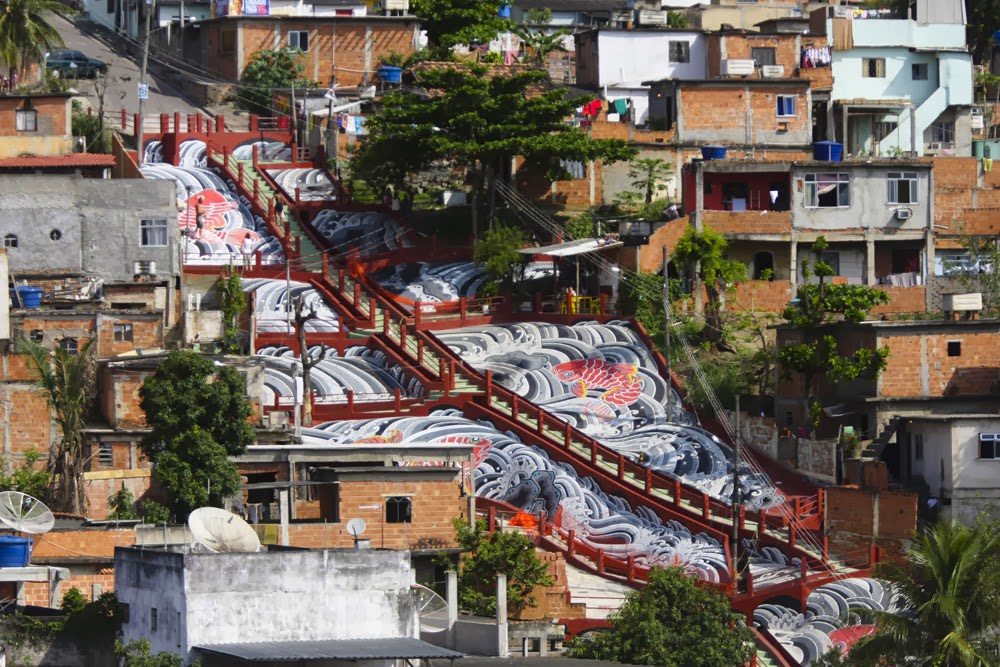