House of Arts and Culture in Beirut - Lebanon

The aim of the building we propose is to find a point of balance between different times.
A relation between the history and the future.

A conjunction point between the west and the east cultures.
A suspended moment between static and dynamic movements. 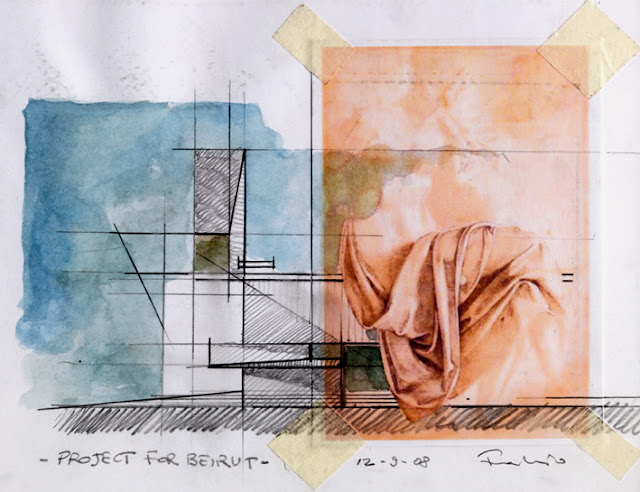 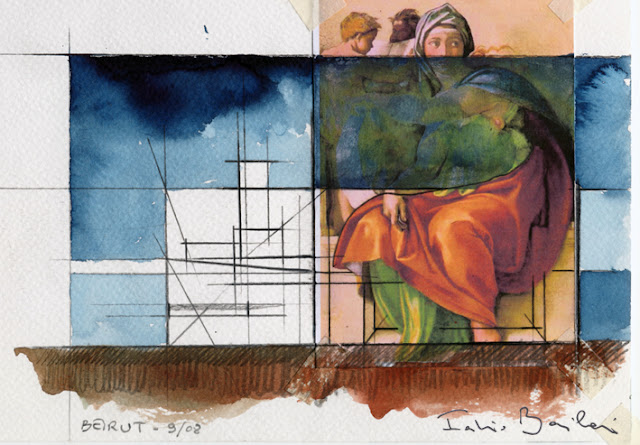 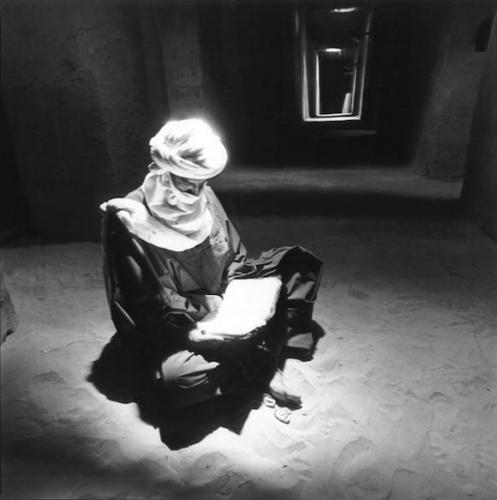 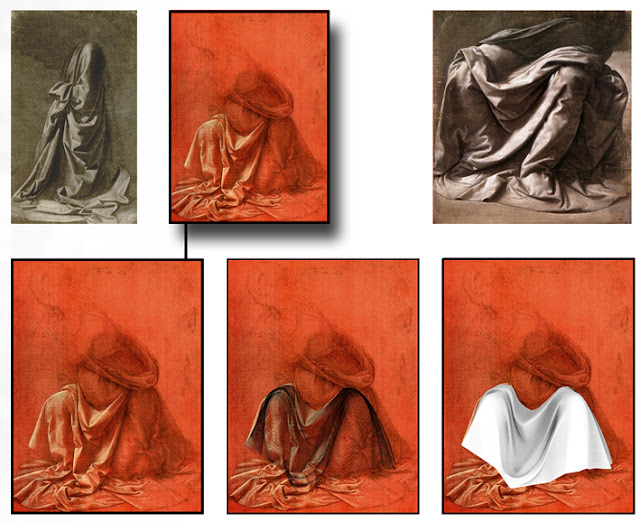 The choice of Leonardo is the choice of a symbol of culture in his most humanistic and developed meaning. The choice of an undeveloped Leonardo’s drawing wants to create a link between different eras.
The drapery study gives a “formal” link between the western art and the eastern culture: it is an ancient study carried on with contemporary technologies. 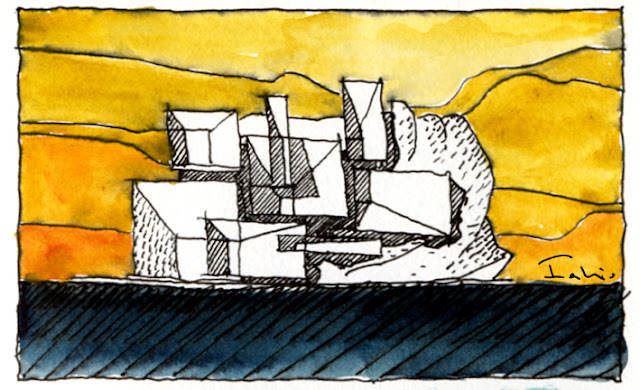 In the Information Technology Era it gives a strong image of this contemporary House of Culture.
On this drapery skin can play digital images, paintings, writings.
Facing the south, photovoltaic systems can be placed on the whole surface. 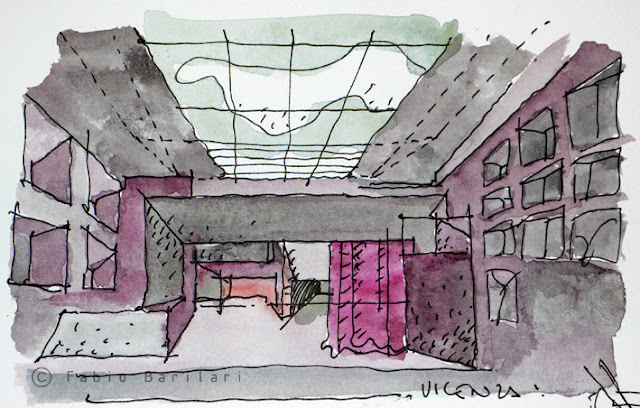 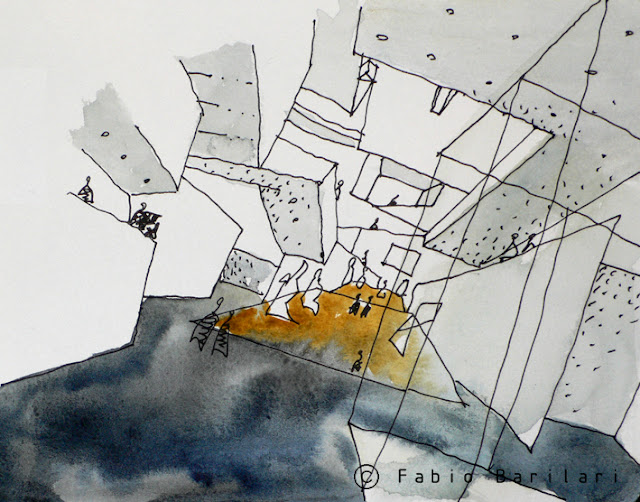 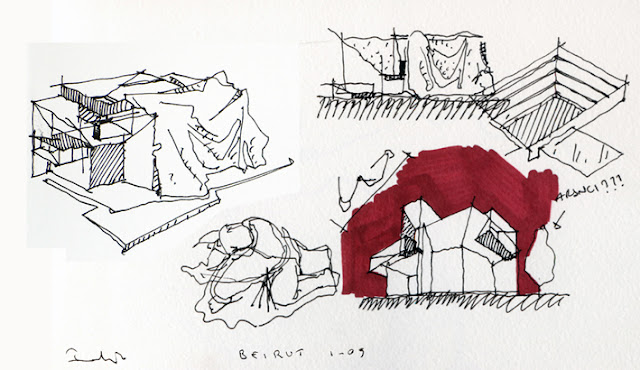 On the other elevations, a system of connected giant frames, made of cor-ten and corroded metal, show the events of the Centre.
They are eyes wide open, observing the world dynamics and changes; stage fronts and curtains showing human acts. 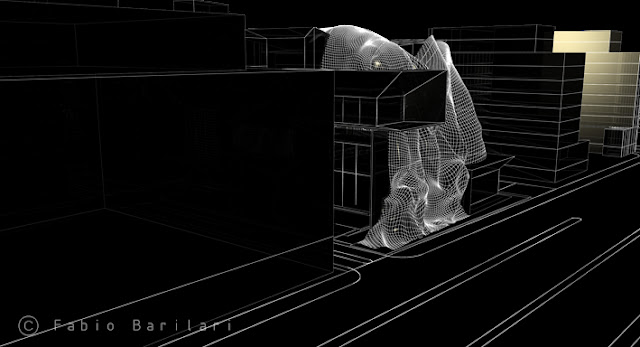 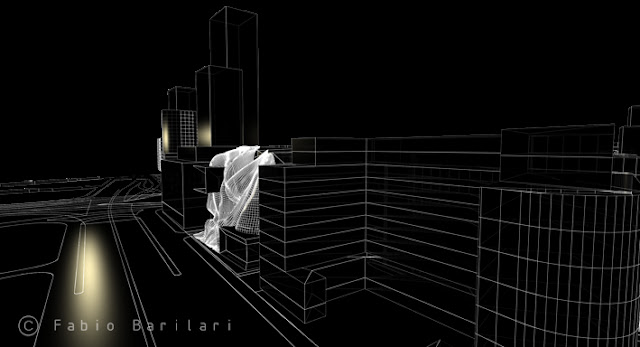 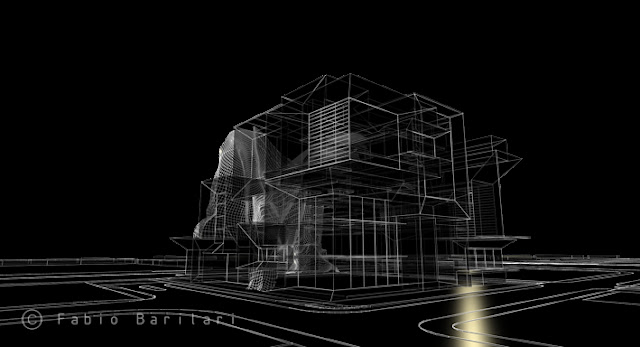 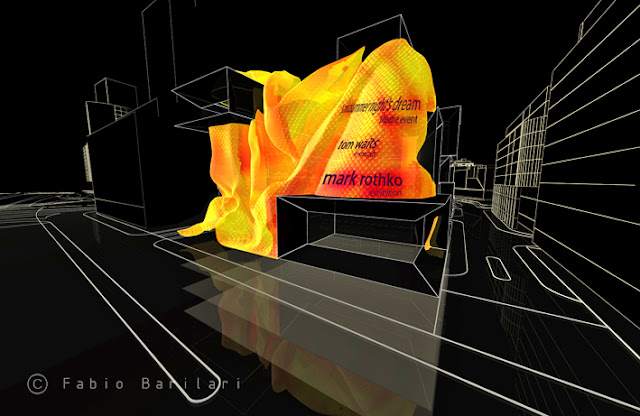 Inside, we considered the whole main staircase as an exhibition walk, with terraces and areas to place art pieces. Their steps, made of glass, allow the natural light, coming from the roof, to reach until the ground floor.

On the roof, in one last horizontal “frame”, is placed a “cavea”: an outdoor theatre, giving a beautiful view of . 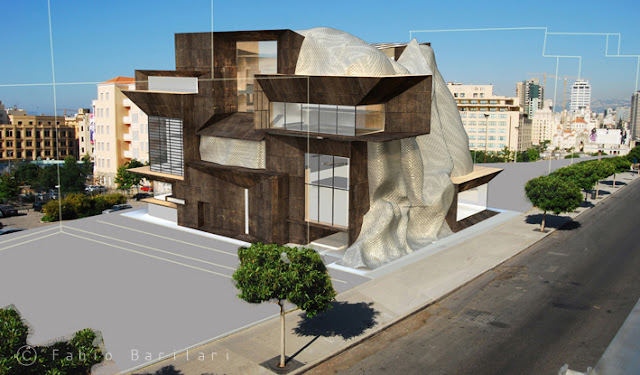