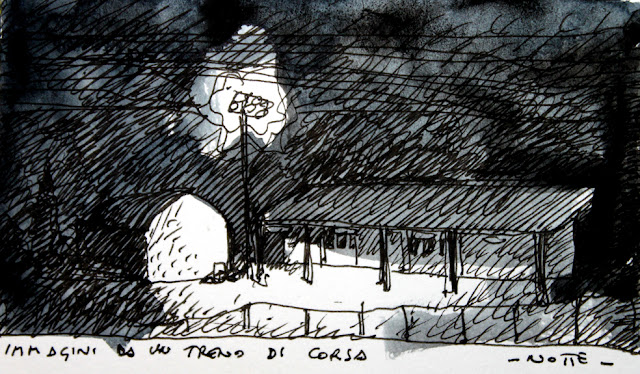 On a rainy day 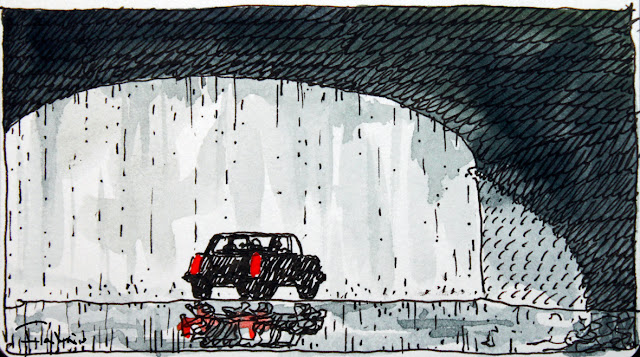 "Songlines, also called Dreaming tracks by Indigenous Australians within the animist indigenous belief system, are paths across the land (or, sometimes the sky) which mark the route followed by localised 'creator-beings' during the Dreaming. The paths of the songlines are recorded in traditional songs, stories, dance, and painting.

A knowledgeable person is able to navigate across the land by repeating the words of the song, which describe the location of landmarks, waterholes, and other natural phenomena. In some cases, the paths of the creator-beings are said to be evident from their marks, or petrosomatoglyphs, on the land, such as large depressions in the land which are said to be their footprints.

By singing the songs in the appropriate sequence, Indigenous people could navigate vast distances, often travelling through the deserts of Australia's interior. The continent of Australia contains an extensive system of songlines, some of which are of a few kilometres, whilst others traverse hundreds of kilometres through lands of many different Indigenous peoples — peoples who may speak markedly different languages and have different cultural traditions.

Since a songline can span the lands of several different language groups, different parts of the song are said to be in those different languages. Languages are not a barrier because the melodic contour of the song describes the nature of the land over which the song passes. The rhythm is what is crucial to understanding the song. Listening to the song of the land is the same as walking on this songline and observing the land.

In some cases, a songline has a particular direction, and walking the wrong way along a songline may be a sacrilegious act (e.g. climbing up Uluru where the correct direction is down). Traditional Aboriginal people regard all land as sacred, and the songs must be continually sung to keep the land "alive".