A great building must begin with the unmeasurable, must go through measurable means when it is being designed and in the end must be unmeasurable
- Louis Kahn

THE MUSEUM AND THE SEA

All climates like exceptions. Warmer when it is cold. Cooler in the tropics. People do not resist thermal shock well. Nor do works of art. Such elementary observations have influenced the Louvre Abu Dhabi. It wishes to create a welcoming world serenely combining light and shadow, reflection and calm. It wishes to belong to a country, to its history, to its geography without becoming a flat translation, the pleonasm that results in boredom and convention. It also aims at emphasizing the fascination generated by rare encounters.

It is rather unusual to find a built archipelago in the sea. It is even more uncommon to see that it is protected by a parasol creating a rain of light.

The possibility of accessing the museum by boat or finding a pontoon to reach it by foot from the shore is equally extraordinary, before being welcomed like a much-awaited visitor willing to see unique collections, linger in tempting bookstores, or taste local teas, coffees and delicacies.

It is both a calm and complex place. A contrast amongst a series of museums that cultivate their differences and their authenticities.

It is a project founded on a major symbol of Arab architecture: the dome. But here, with its evident shift from tradition, the dome is a modern proposal.

A double dome 180 meters in diameter, offering horizontal, perfectly radiating geometry, a randomly perforated woven material, providing shade punctuated by bursts of sun. The dome gleams in the Abu Dhabi sunshine. At night, this protected landscape is an oasis of light under a starry dome.

The Louvre Abu Dhabi becomes the final destination of an urban promenade, a garden on the coast, a cool haven, a shelter of light during the day and evening, its aesthetic consistent with its role as a sanctuary for the most precious works of art. 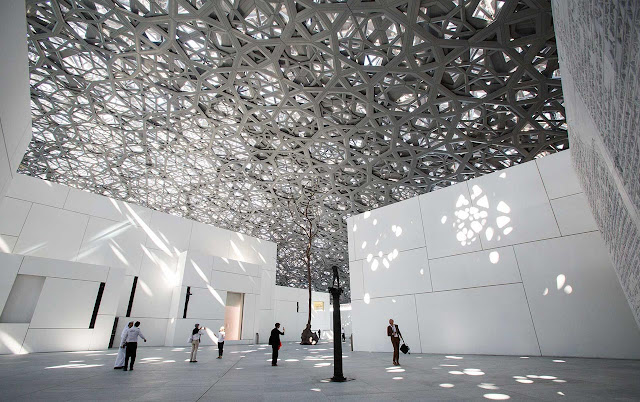 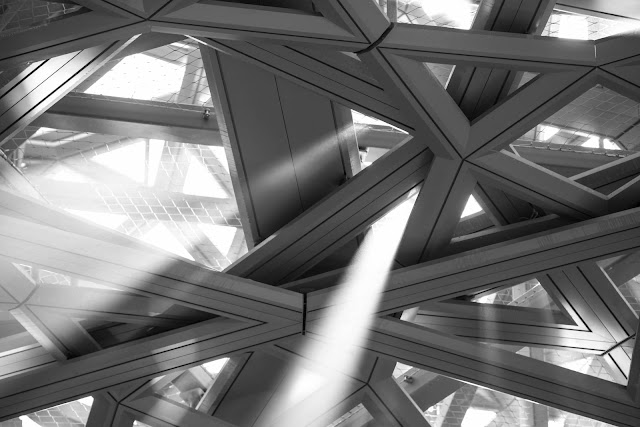 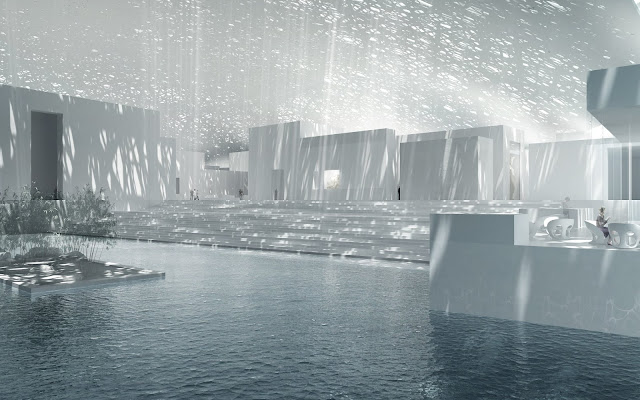 All material in nature,
the mountains and the streams and the air and we,
are made of Light which has been spent,
and this crumpled mass called material casts a shadow,
and the shadow belongs to Light.
- Louis Kahn
Pubblicato da Fabio Barilari

Architecture is a small piece of this human equation, but for those of us who practice it, we believe in its potential to make a difference, to enlighten and to enrich the human experience, to penetrate the barriers of misunderstanding and provide a beautiful context for life's drama.
- Frank O. Gehry