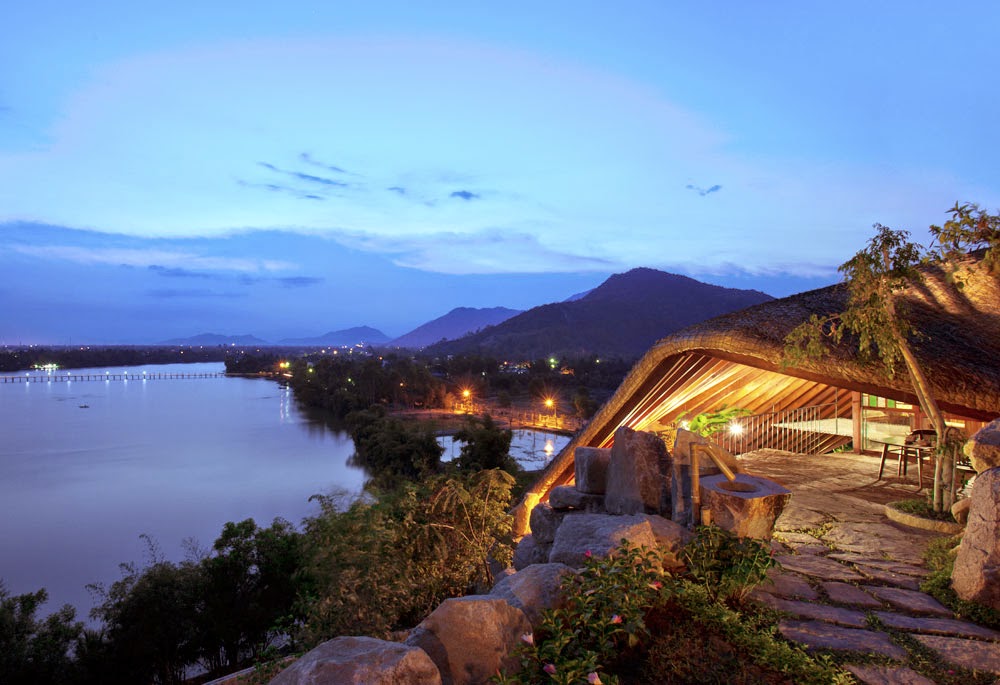 This house, known as The Tent because of its shape, was built using local techniques and is self-supporting. The tropical climate and isolated situation on a sheltered mountain slope make spatial delimitations practically superfluous. 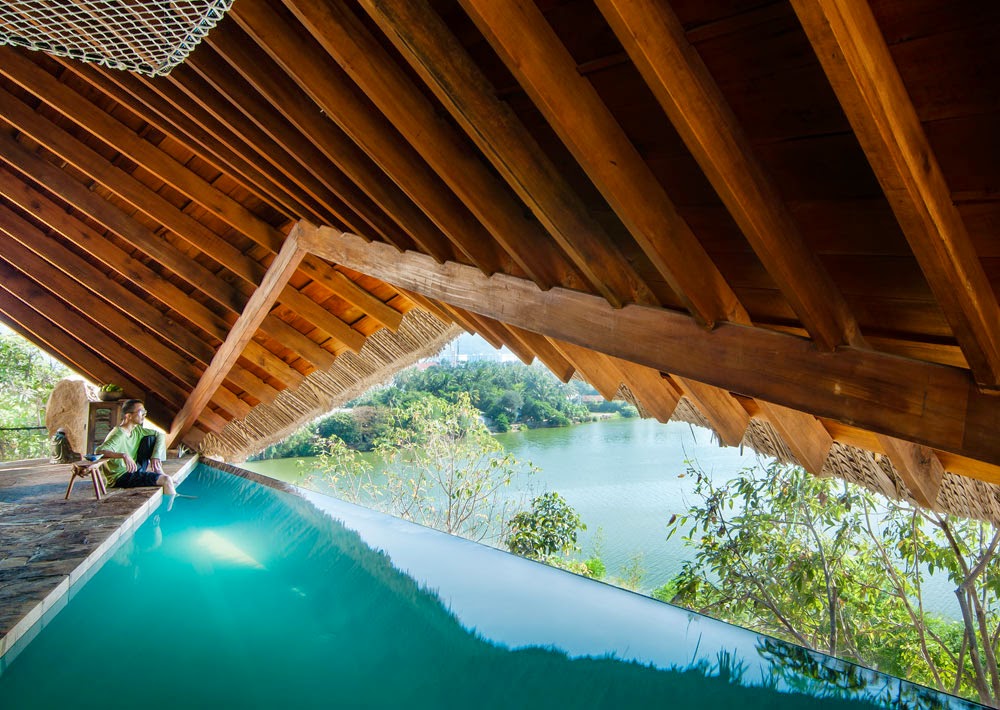 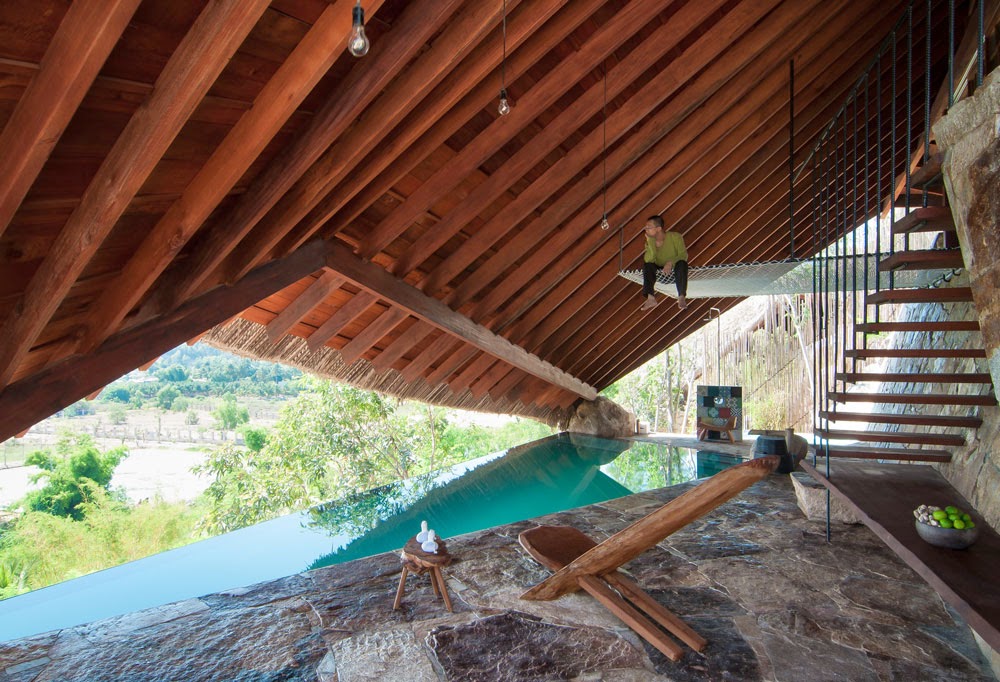 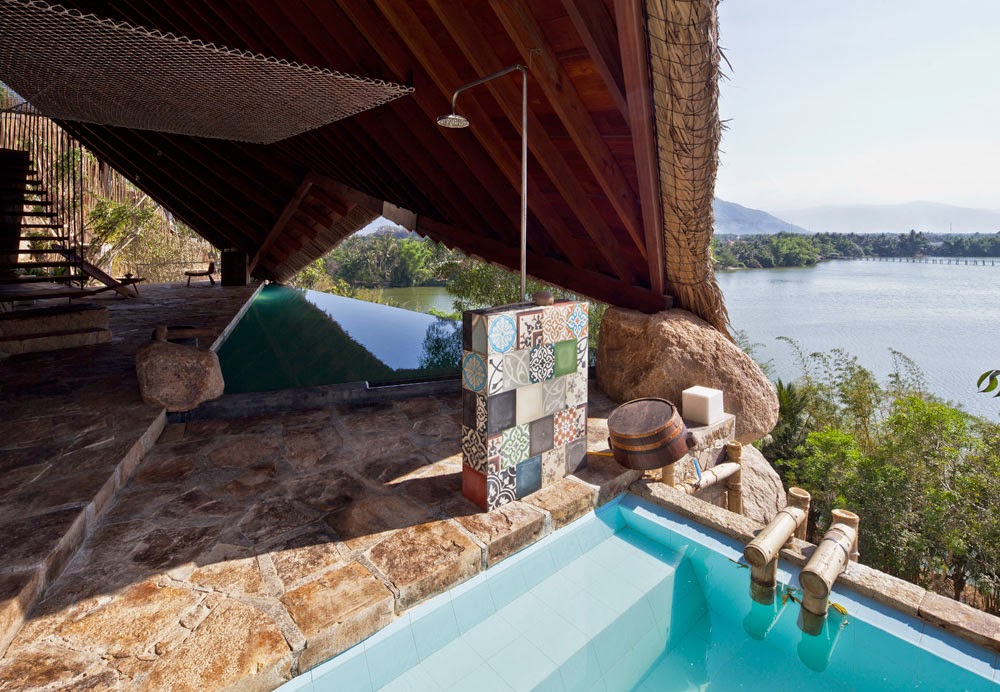 The Tent stands on the incline of a craggy mountain, directly above a river. The house faces west, meaning that protection from the extreme heat was a primary task in designing the roof. On the slope side, the roof descends to ground level: it opens to the sides, towards the river valley. On the valley side, it touches down only at two corner points. The raised roof edges allow a view of the river and the city centre opposite. At the same time, the wind comes up from the water, flows under the building’s shell and helps cool the house.

The bedroom is the only area that has been equipped with walls. Wood-framed glass elements protect guests from nocturnal drafts. In front of the private living area, a net spreads into the gallery space and can be used as a hammock above the water of the swimming pool. 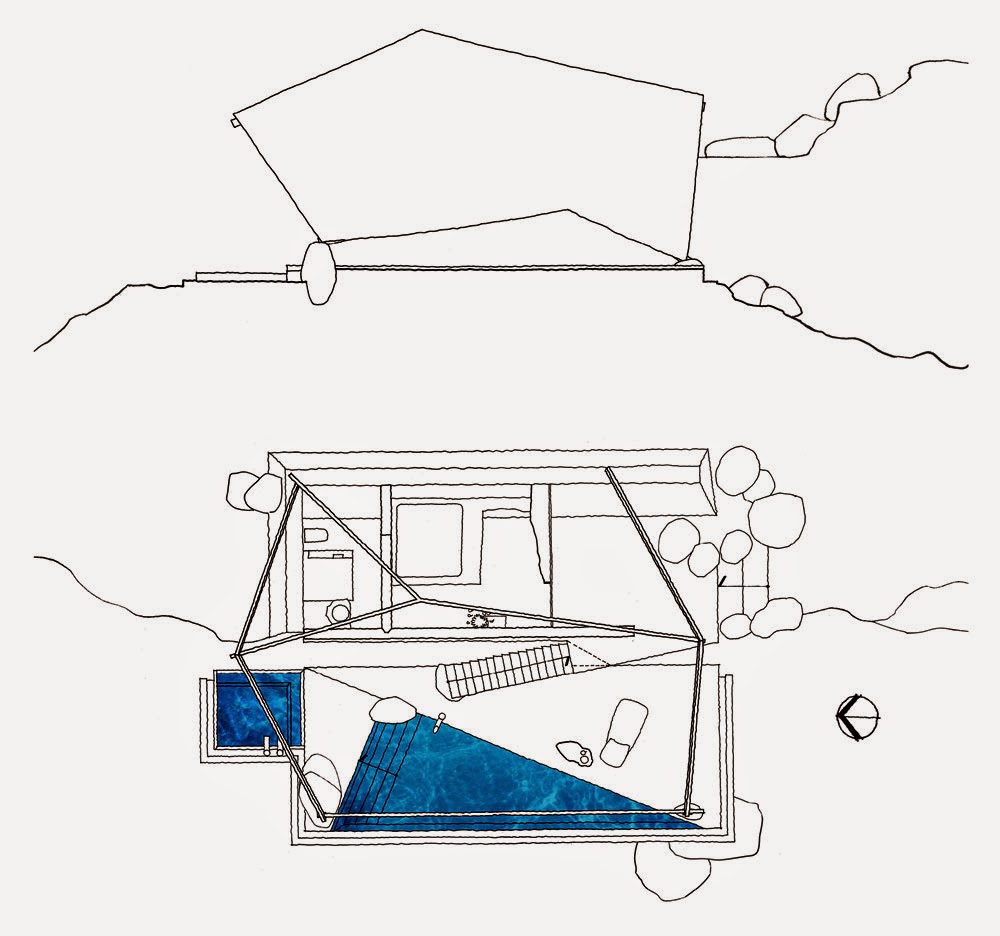 The structure is made of traditional building techniques, local materials and antique tiles.
The 10 X 25 cm wooden joists enable a span of eleven metres. Mortise-and-tenon joints were used as a traditional building method. The building’s cover comprises three layers: two-centimetre wooden planks, a waterproof membrane and a 30-centimetre insulating layer of coconut leaves. 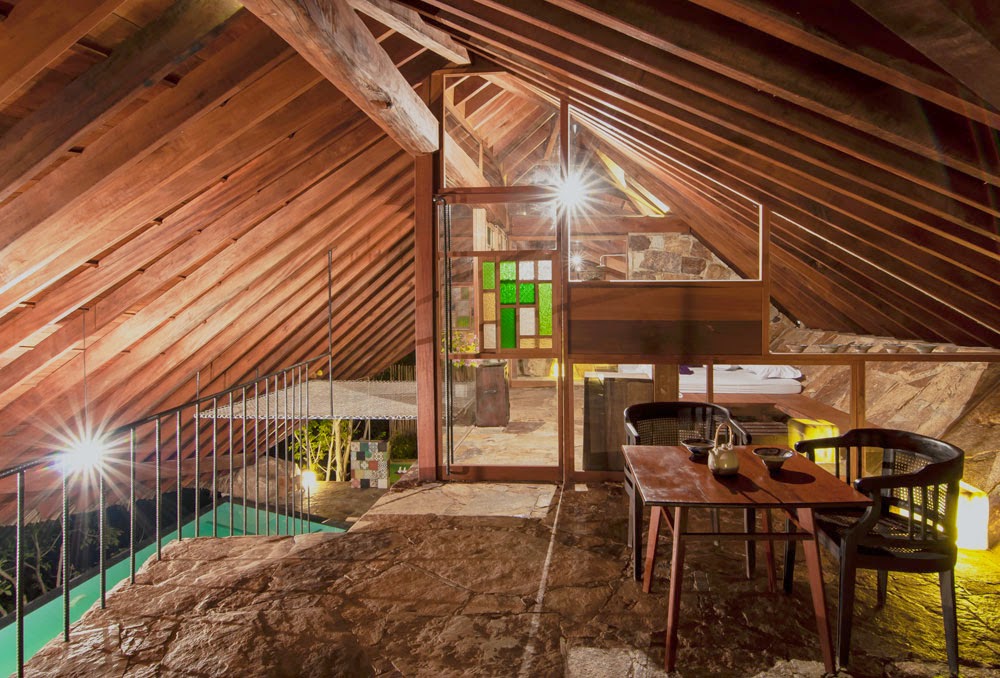 The unsettling beauty of creativity # 01


From ''The Creators Project''

Argentinian artist Tomás Saraceno is known for his fantastic sculptures and installations that merge art, architecture, and science. Saraceno's work draws on his training as an architect, exploring materials, man-made and natural structures, and the potential for a space. His spectacular works are dreamy and experimental, compelling viewers to re-imagine the world and its possibilities.
Saraceno is the winner of the Calder Prize and was artist-in-residence at the International Space Studies Program of NASA in summer 2009. In 2012, has constructed installation Cloud City for the roof of the Metropolitan Museum of Art in New York, creating a complex network of transparent and reflective planes that disrupted the space while heightening the elements around it - the viewers, the sky, and Central Park. 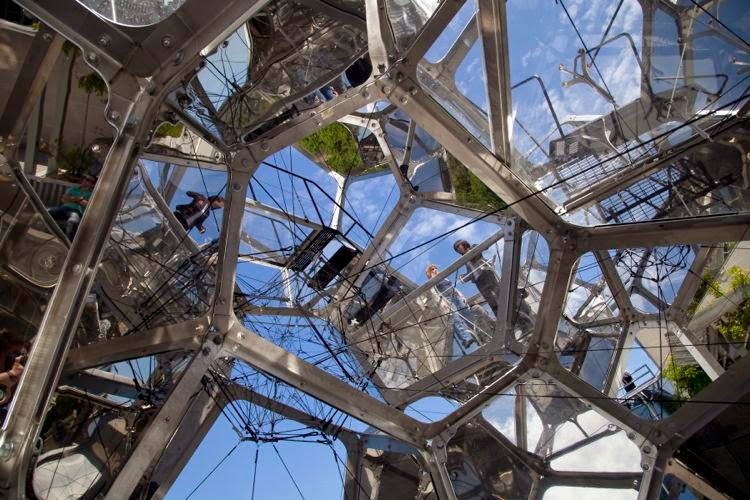 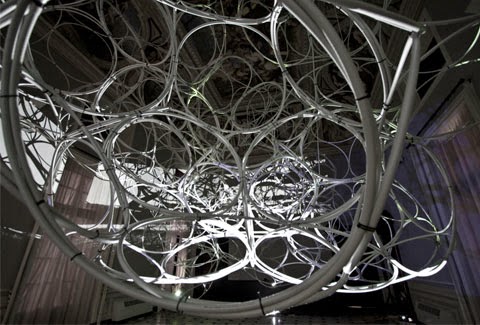 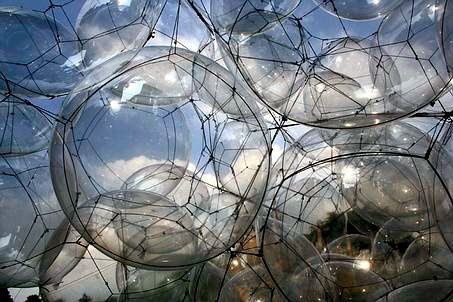 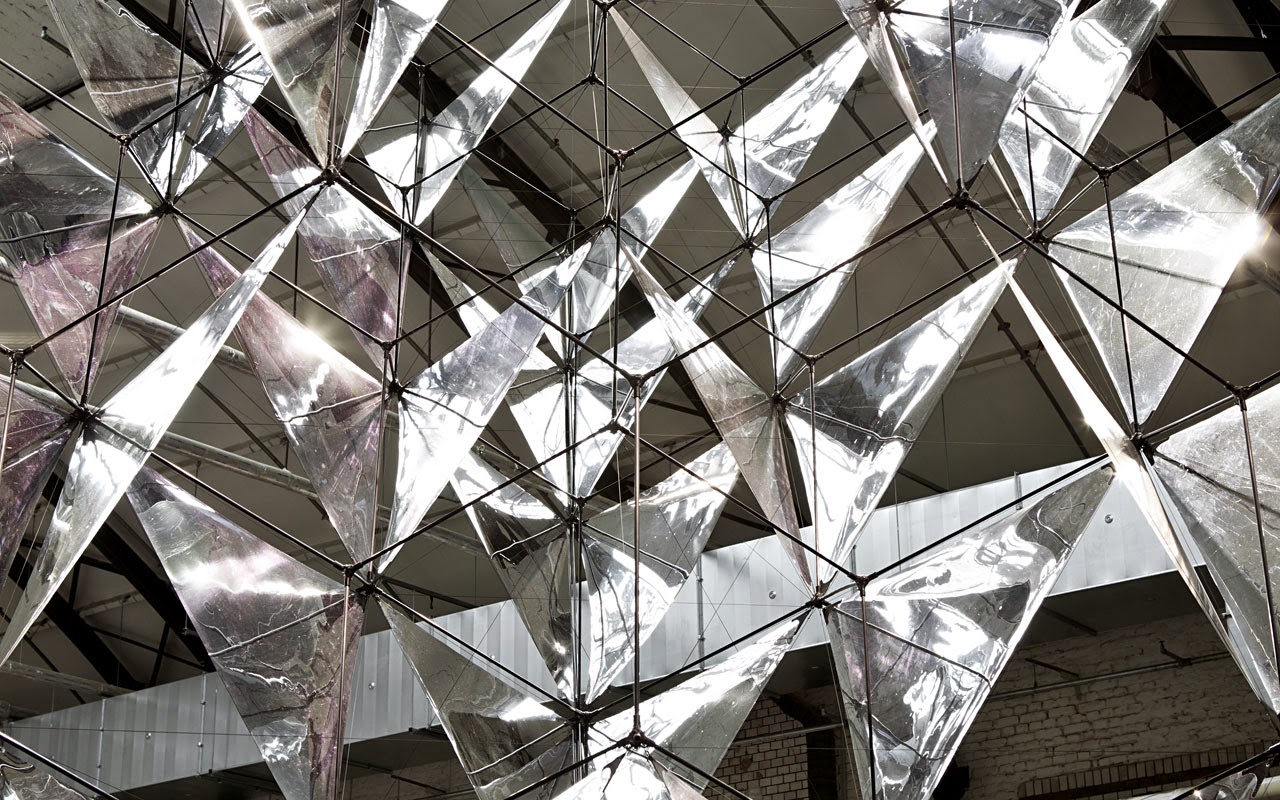 Beyond this all too immediate aesthetic impression of a technological reconstruction of nature’s magisterial beauty, Saraceno is operating more metaphorically.
(his projects) are intended as an exegesis of Air-Port-Cities, which Saraceno outlined in an interview with Hans Ulrich Obrist as: ‘a flying airport […] This structure seeks to challenge today’s political, social, cultural and military restrictions in an attempt to re-establish new concepts of synergy.
Up in the sky there will be this cloud, a habitable platform that floats in the air, changing form and merging with other platforms just as clouds do.
It will fly through the atmosphere pushed by the winds, both local and global, in an attempt to equalize the (social) temperature and differences in pressure.’
from coufme/tomas-saraceno/ 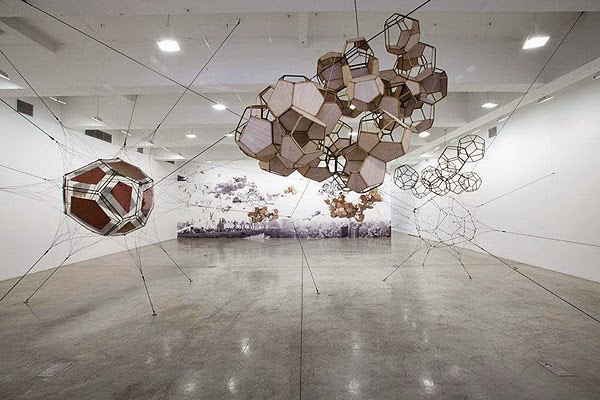 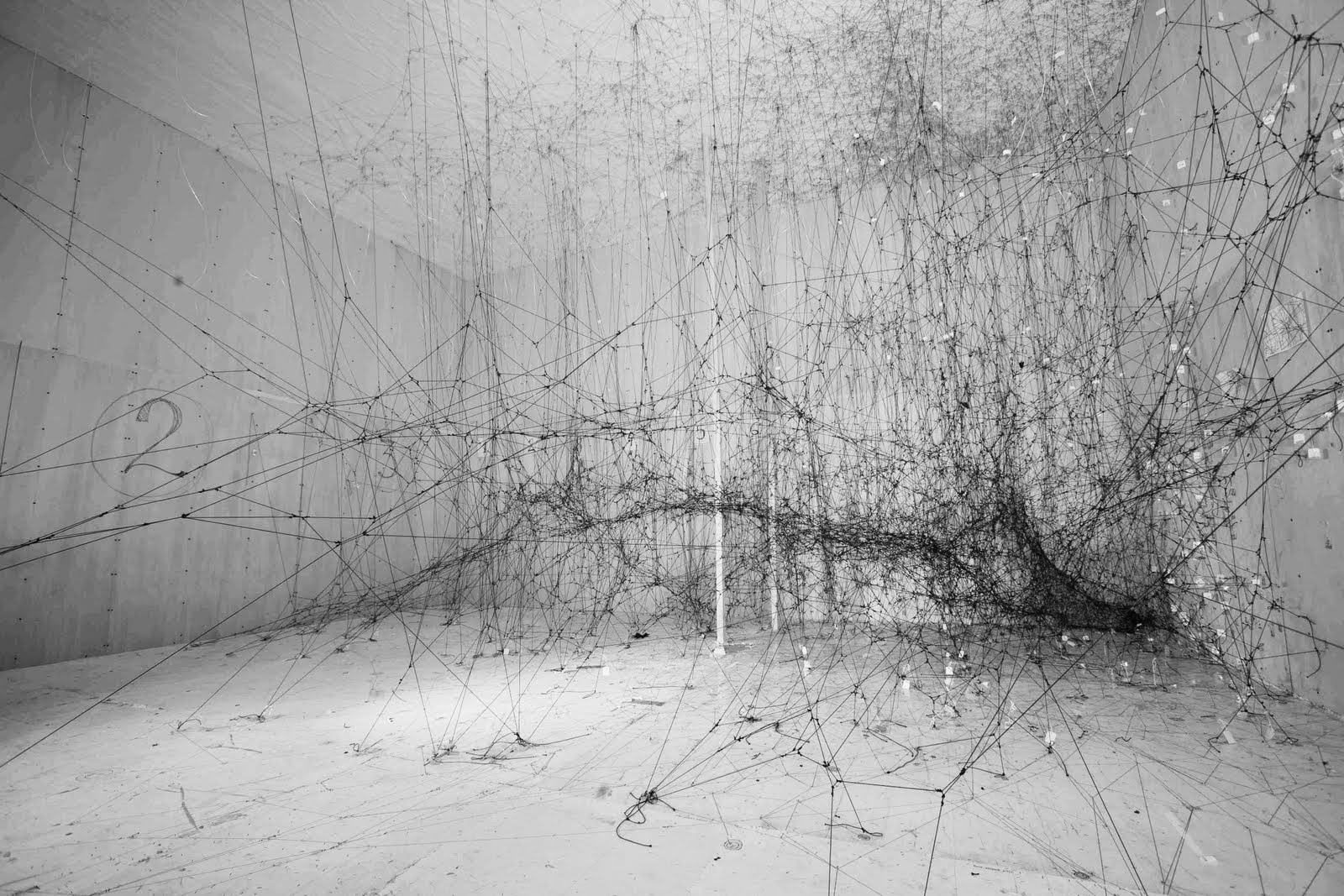 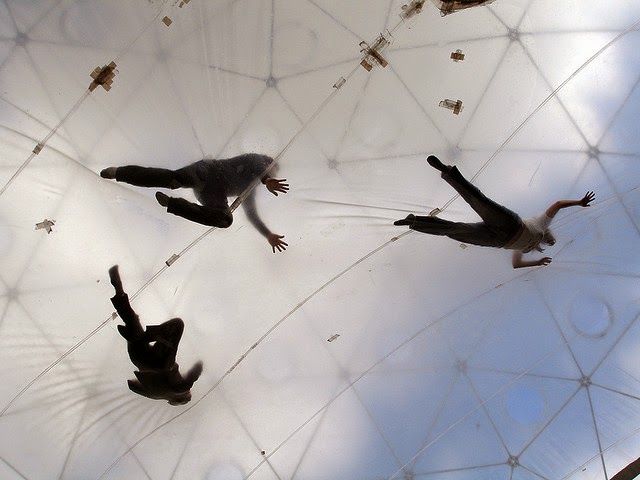 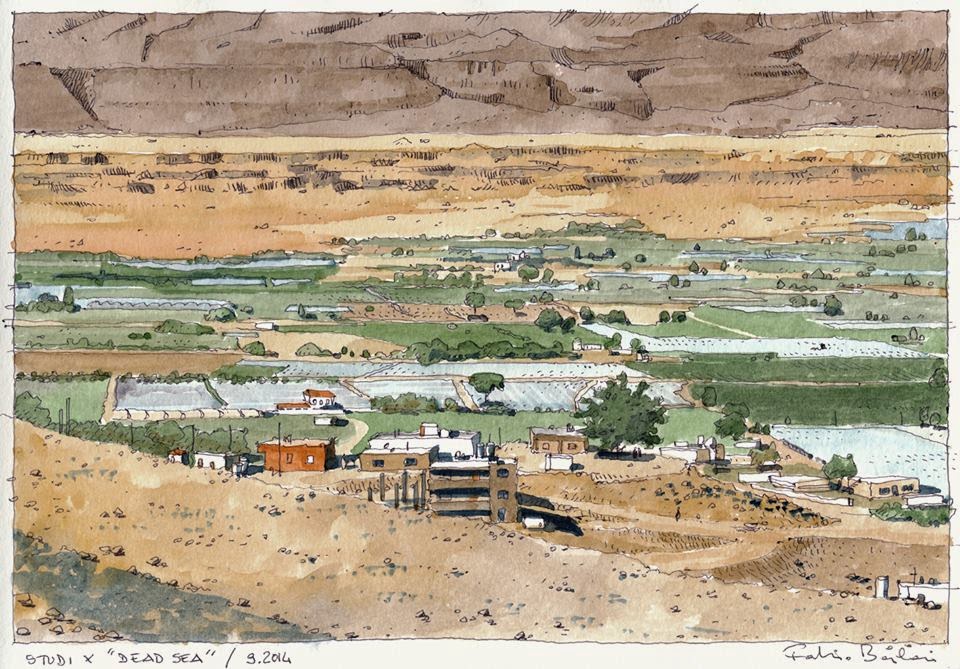